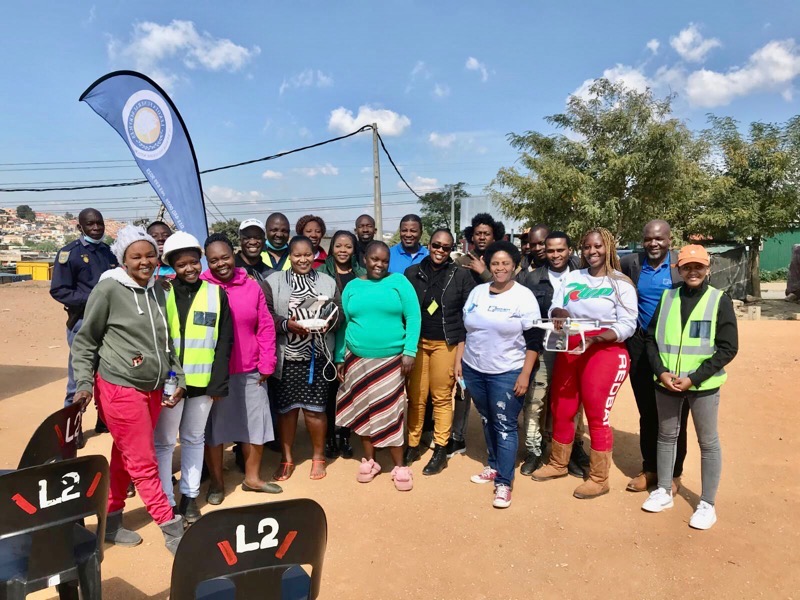 The Toyota South Africa Motors (TSAM) Durban car factory closed after being hit by floods that affected parts of the Kwa Zulu Natal (KZN) province in April 2022. The company is prone to losing approximately 45000 units in production as hundreds of vehicles were damaged on the production lines and equipment was exposed to the floods.

Floods are one of the deadliest natural disasters in the world, and the economic impact it has is staggering. According to the World Economic Forum, “The global bill for storm damage in the past 50 years comes to $521 billion. Floods cost $115 billion, with $377 billion of the storms and flood losses occurring in Europe alone.”

New and emerging technologies such as drones are progressively being developed for disaster management to help rescue missions save lives. This is because drones are easily movable and can be used in remote and inaccessible areas. 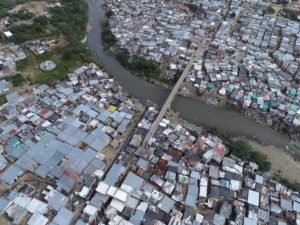 The devastating floods that hit parts of Kwa Zulu Natal (KZN) province in April 2022, resulting in more than 300 fatalities, including homes, businesses, roads, bridges as well as electricity and water infrastructure being damaged, were an eye-opener that we need to implement drone technology in such situations to help reach inaccessible places and direct rescue crews to victims and save lives timeously. Furthermore, this situation indicated that drone technology could be used to identify areas at risk of disaster to plan for disaster, prevent it where possible, and be better prepared for the eventuality.

According to media reports, an estimated 40,723 people have been affected, with more than 16,262 houses and 264 schools destroyed. Climate change was highlighted as a cause of the flooding severity. In an article by BBC News, the South African Weather Service (SAWS) said that the amount of rain was of the order of value generally associated with tropical cyclones. “Severe and extreme weather events are becoming more frequent and more extreme due to climate change. Heavy rain events – such as the current incident – can rightfully be expected to recur in the future with increasing frequency,” says SAWS in an article published by BBC News.

A blog post by nepad.org highlighted the importance of drones during a disaster and mentioned that some African countries are already using them to conduct rescue missions and support disaster-affected communities. “These technologies are being developed to enhance the efficiency and effectiveness of first responders aid through advanced technology-based disaster response and relief aid.” 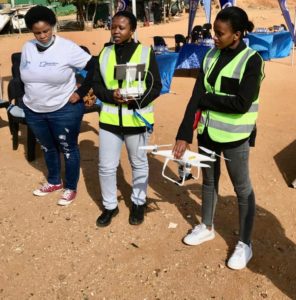 Following the stakeholder’s engagement session, we saw this exercise fit to turn this data into action (TDIA) as we continue to empower local communities by using drone technology to help solve local problems, including climate change. South Africa Flying Labs also held a drone awareness workshop a week before with the unemployed youth during one of the stakeholders’ meetings in Alexandra.

The area manager for the Alexandra Township representing the City of Johannesburg Metropolitan Council, Ms. Nkele Moerane, says that it was fascinating to see how drone technology can help in disaster risk mitigation as they have never implemented drone technology in any of their projects before.” As a housing official, I think this kind of technology is critical as it can be used to monitor our projects in our municipalities. It could help us fast track the process of completing projects, monitoring and evaluating the progress,” she highlighted.

UNICEF- South Africa Deputy Representative, Ms. Muriel Mafico, was thrilled to see how their partnership with SAFL benefits the community as they are also involved in humanitarian aid. “It is amazing to have such an opportunity to see the drone technology in action, especially seeing young people who are already in programs supported by UNICEF being introduced to it. We are transforming the vision of involving young people into the world of technology,” says Mafico.

The drone flight, operated by an all-female team, was a success, and we could identify areas at risk for possible disaster. Special thanks to local leaders such as ward committee members, local government representatives, youth and local committee members, UNICEF- SA, and e-Government from the Gauteng Provincial Government and our implementing partners that enabled us to carry out our mandate as Sout Africa Flying Labs to use drones and robotics for social good.