Exposing young people to the world of drones and robotics and strengthening their understanding of this industry is what South Africa Flying Labs continue to uphold. An article by CAISE about how educational media benefits children’s STEM learning found that educational television substantially impacts children’s perception of STEM. Research has also shown that media can significantly benefit children’s STEM knowledge, process skills, and attitudes towards science and math.

Today’s high school graduates are not leaving school with adequate STEM literacy to transition into available jobs in these industries. By exposing more students to STEM subjects earlier, students will engage more with science, math, and technology and enroll with higher STEM literacy. Exposure to STEM in schools will increase the number of students who will pursue related careers. To generate a more employable workforce, young people are better off studying science, technology, engineering, and mathematics subjects.

Not all schools can afford robots and other equipment needed to carry out STEM education, which is why the first STEM workshop was centred amongst high school girls coming from disadvantaged townships to help bridge the gender gap and increase the number of women in this male-dominated industry, over and above that, help prepare them for relevant careers in the future. This was followed by a drone awareness workshop held for Grade 7 and 8 school children, where the national broadcaster captured the moment for their teenage tech show that will air on television. 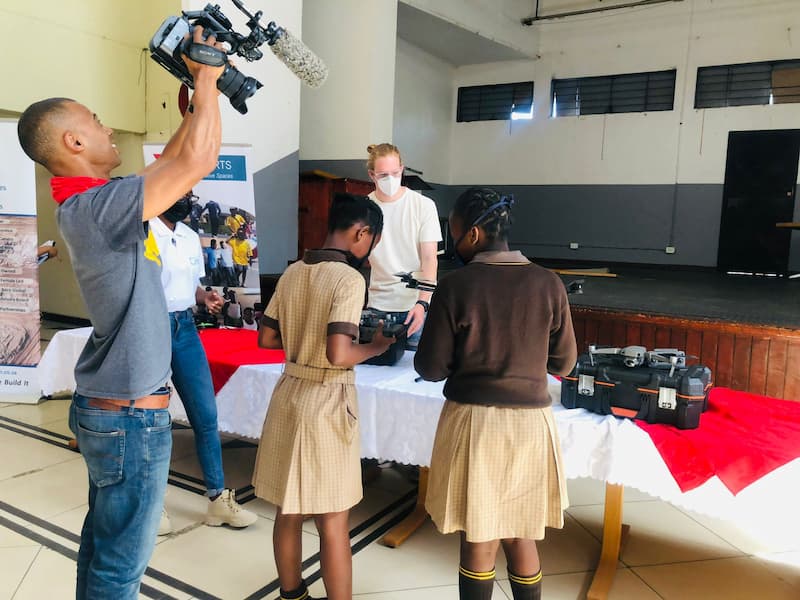 Christopher Seewald, head of technology and information at ADvTECH’s Pecanwood College, says that while it can be daunting to start introducing robotics at schools (mainly where high-end resources are not yet in place), it is essential for educators to start doing what they can to prepare for the future economy.

“The focus is on developing our students and getting them ready for a world full of possibilities and the unknown as well as focusing on vision 2030. By doing this we will contribute immensely in growing our future leaders,” said Seewald.

In an article by thestempedia.com, a few organisations are taking steps towards improving STEM education. “The government in South Africa now requires organisations to spend 1.5 percent of their payroll on training their workforce.” In addition, in the Science and Technology Consolidated Plan of Action, the African Union urges members to spend 1 percent of its GDP on research and development to enhance STEM innovations. 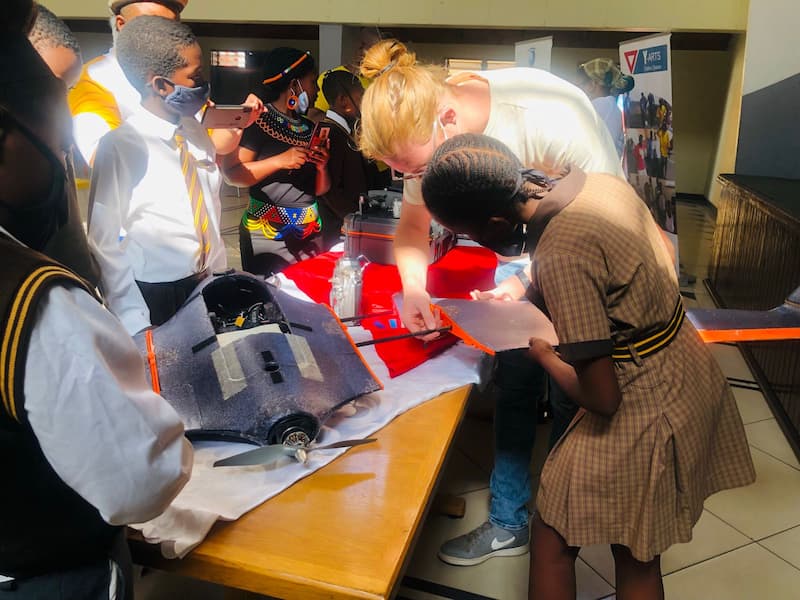 The African Union’s agenda 2063 inspires that by 2063, Africa shall be a continent where “Well educated and skilled citizens, underpinned by Science, Technology and Innovation for a knowledgeable society is the norm and no child misses school due to poverty.”

STEM job openings requiring STEM literacy are expected to increase over the next decade. STEM education is a critical key to Africa’s future. Not only will it help young people secure jobs of the future, but it also builds resilience, fosters integrity, and creativity, encourages teamwork, adaptation, tech use, and teaches problem-solving. South Africa Flying Labs will continue promoting STEM education and drone for social good projects nationally.