Childhood memories are some of the most precious things to people. Yet, somewhere within them might lie a distinct one that influences who we become.

It has to be one of the most incredible things to have a drone exhibition embedded in the pavings of your memory lane. However, that’s precisely what the pupils at Kafue Day Secondary school got to have. On September 30th, Zambia Flying Labs organized the ‘Young Girls in STEM Outreach Program,’ working with IHS Towers Zambia, the University of Zambia, and Girl Coders. The event aimed to pique young girls’ interest in science and technology for potential careers in the industry. 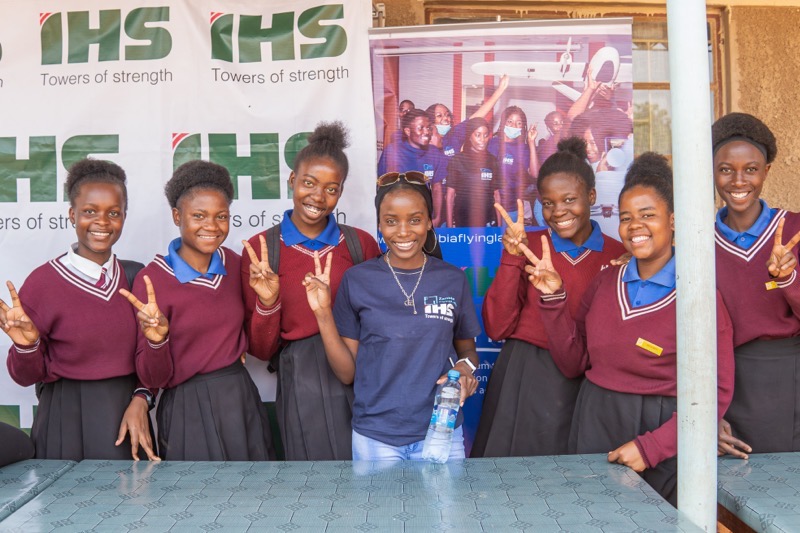 IHS Towers Zambia shares Zambia Flying Labs’ passion for technology advancement and increasing the number of women and girls participating in STEM. The Depute school headteacher, Mr. Bwalya, Dr. Balimu Mwiya (University of Zambia, Lecturer), and Sonile Lintini, a representative from IHS Towers Zambia, each delivered opening remarks. Their tone set the tone for what would be an exciting morning. Later in the day, an award ceremony for the girls in grades nine and twelve, two from each grade, would award the top performers gift packages and achievement certificates.

Zambia Flying Labs sat down with the four girls later to get to know them better and have them share their stories. To properly solidify our desire to encourage female participation in STEM, we also made an exciting addition of natural science books to the school library because what are words without actions?

In conversation with the deputy school headteacher, we got some insight into how the school was fairing, particularly the girls there. When asked about the main challenges currently holding some female pupils back, he cited the occurrence of teenage pregnancies as significant because having a child too early severely delays them relative to their peers. Another major issue mentioned by the headteacher was the lack of computers. The school does not have a functioning computer lab, so the knowledge they impart to their pupils is entirely theoretical. That puts the whole school at a disadvantage in implementing a very practical subject: computer science.

We also learned that this was their school’s first event of its kind. However, following the event, the headteacher felt encouraged and said he plans to hold future events at the school. 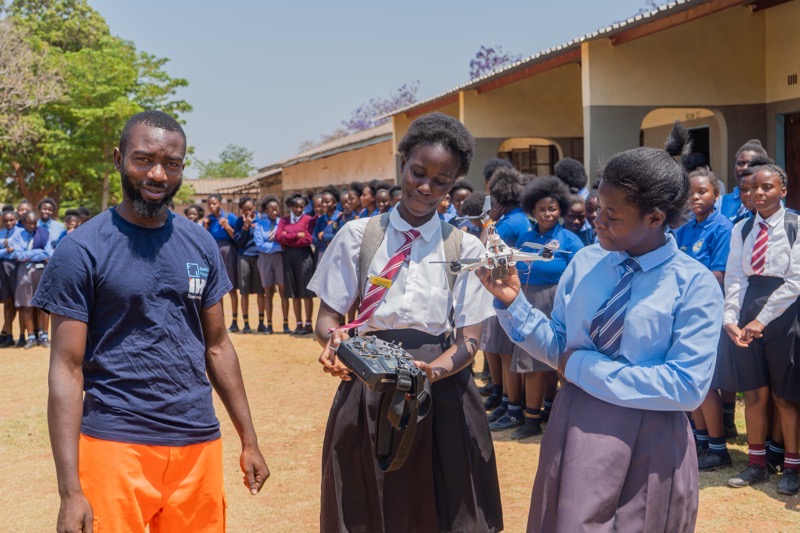 One role model for the girls is the Head of the Department for Natural Sciences, who, as a woman in science, regularly encourages her students to take up STEM-related careers. One challenge she cited—and one she personally faced growing up—is dealing with the stereotype that women are not as capable as men in science-related subjects. Another challenge the department faces is space. While not lacking in equipment or materials, the laboratory sessions can only be held for limited sessions because the facility also doubles as a classroom.

Another critical conversation was with the IHS Communications and Sustainability Manager, Sonile Lintina. She shared that her motivation is to change the world by doing her part. One of the interesting things she said was that despite her major in university having nothing to do with STEM, she discovered she could still make a difference in the industry. Sonile was accompanied by an entourage of exceptional women engineers from the company and students in tech-related programs. The hope was that the girls could look at them and say, “I want to be like her.”

Conversations and talks were not the only things that were had that day. In addition, we had a breakout session where the girls had a chance to visit different stations, each offering an exciting experience.

Zambia Flying Lab representatives gave students a drone exhibition, explaining its electronics and what it is used for practically. Then, using a Tello drone and a custom-built tricopter, we gave them an exciting show flying around the assembly square perimeter. 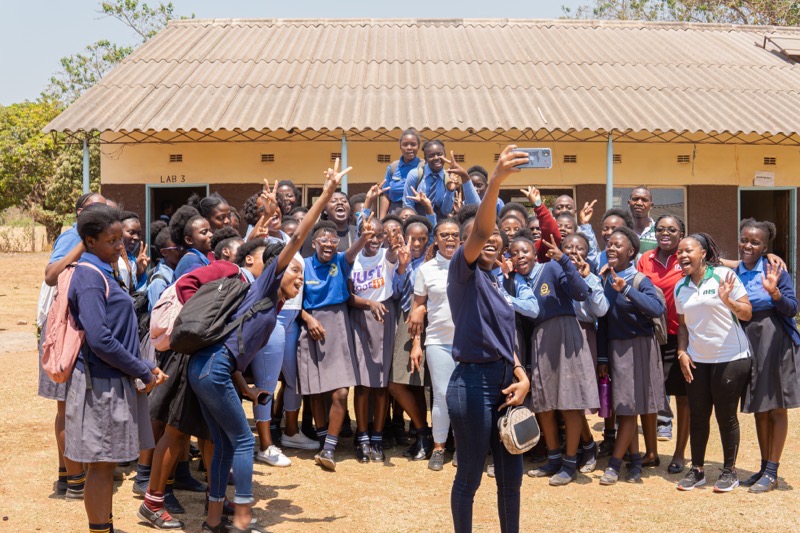 Zoe Kuyanda and her Girl Coders team also offered students the opportunity to learn coding, an invaluable skill for anyone these days.

Their take from that part of the program was that science could be as fun as it is interesting and compelling. So the goal was achieved, but more than that, conversations with the brilliant students gave us hope for the future, and we learned a couple of things about personal motivation and razor-sharp focus to achieve your goals.

Events like these are important because it takes only a moment to spark someone’s interest. And to have the girls get to experience that, who knows? The next big app might just be built by one of them. The slightest chance that that might happen makes all the effort worth it.