Angola Flying Labs, launching today, aims to bring the expertise and solutions offered by emerging technology to bear against its communities’ most pressing challenges. Led by Hermenegildo Sebastião of Dronesig, a pioneering drone and AI startup, Angola Flying Labs is introducing its communities to easy-to-use, accessible technology solutions in agriculture, mapping, and STEM education. 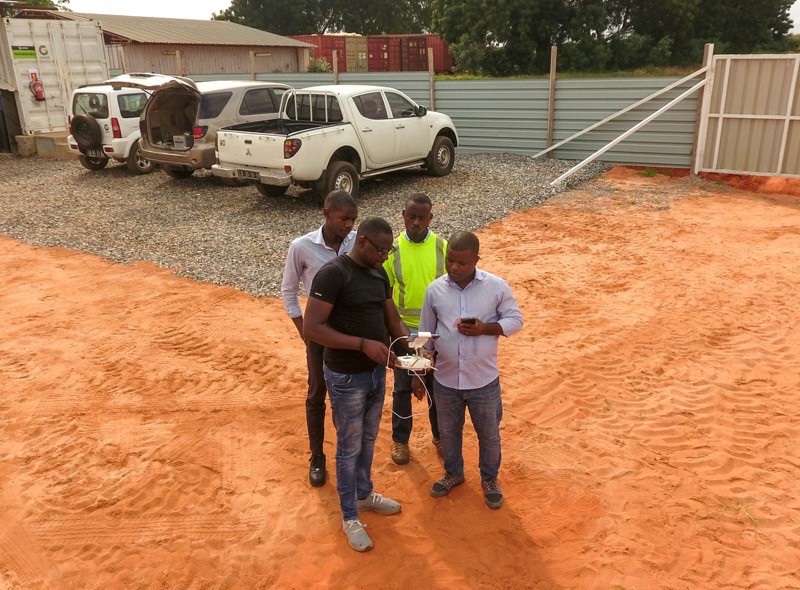 Because the team believes that youth are integral to solving the country’s challenges, Angola Flying Labs is empowering youth with the knowledge, equipment, and tools to engage in the STEM fields that will be critical to their future livelihoods. The team’s Youth & STEM programs inspire students and deepen their critical thinking skills. Before officially launching Angola Flying Labs, the team provided courses and training programs on drone education, robotics, and artificial intelligence, resulting in thousands of students already trained.

Angola Flying Labs also provides impact assessments and advisory services to local clients and stakeholders to help them design and adapt appropriate drone and robotics solutions into their workflows. As Angola Flying Labs’ portfolio expands, they plan to:

Angola Flying Labs is keen on building a self-sustaining ecosystem of experts deploying drones responsibly throughout Angola. The formal launch of their Flying Lab is only the first step. Watch this space for more updates on the team’s work, and join us in welcoming Angola Flying Labs to the Global Flying Labs Network.