In Bhutan, Anuj Pradhan, an aerospace engineer, and Sangay Dorji, Software Developer/UAS pilot, use robotics, data, and AI to help their communities. Launching today as Bhutan Flying Labs, the team aims to launch local and national projects that leverage drones to upskill their peers while executing impactful work. 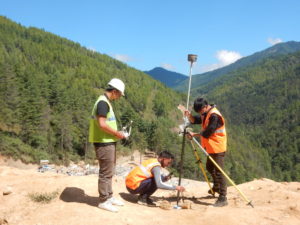 Inspired by His Majesty’s vision on digitizing the nation, Bhutan Flying Labs will focus on leveraging drone technology in every industry and training youth and government officials interested in urban planning, emergency and disaster response, search and rescue, and logistics—areas where job opportunities are ripe and drones and related technologies can have an outsized impact.

The Bhutan Flying Labs team will work closely with the government on national cartographic or topographic projects. For example, the team could work with the National Land Commission Secretariat for survey and mapping, Thimphu City corporation for urban planning, or the Ministry of Agriculture & Forestry for precision agriculture. Drones are new in Bhutan, so as pioneers of the technology in the country, Bhutan Flying Labs plans to help the government explore use cases, mitigate risk, and develop sound policies. 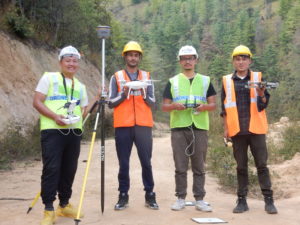 The team has already conducted a successful project with the Royal Office for Media to measure the volume of the Memhakha (a waste dumping site in Thimphu). The project aimed to forecast how long it would take to fill the landfill and surface ideas to reduce the amount of waste. Bhutan Flying Labs used the opportunity to train college students with survey background to use drones for aerial surveys and mapping—and demonstrate the differences between ground and aerial surveys.

Bhutan Flying Labs has also worked on a traffic monitoring project to assess the number of vehicles moving through a given area. By calculating time gaps between cars, officials determine the hours where heavy traffic would cause congestion, assisting traffic police and first responders reroute to avoid these slowdowns.

As the team formally joins the Flying Labs Network, they look forward to working with more partners—and other Flying Labs—on projects that leverage technology for social impact and training students to